Recently folks at Replicated created an oper source tool called FROM:latest, which is a linting tool for docker files. You put the content of your docker file and it tries to find issues you have in it. Such a cool idea, I never came across a tool like this for docker files before. I decided to try it with the docker files I wrote in past to find potential issues in them and it actually found few issues.

This docker file I wrote a while back to build docker containers for nodejs applications. 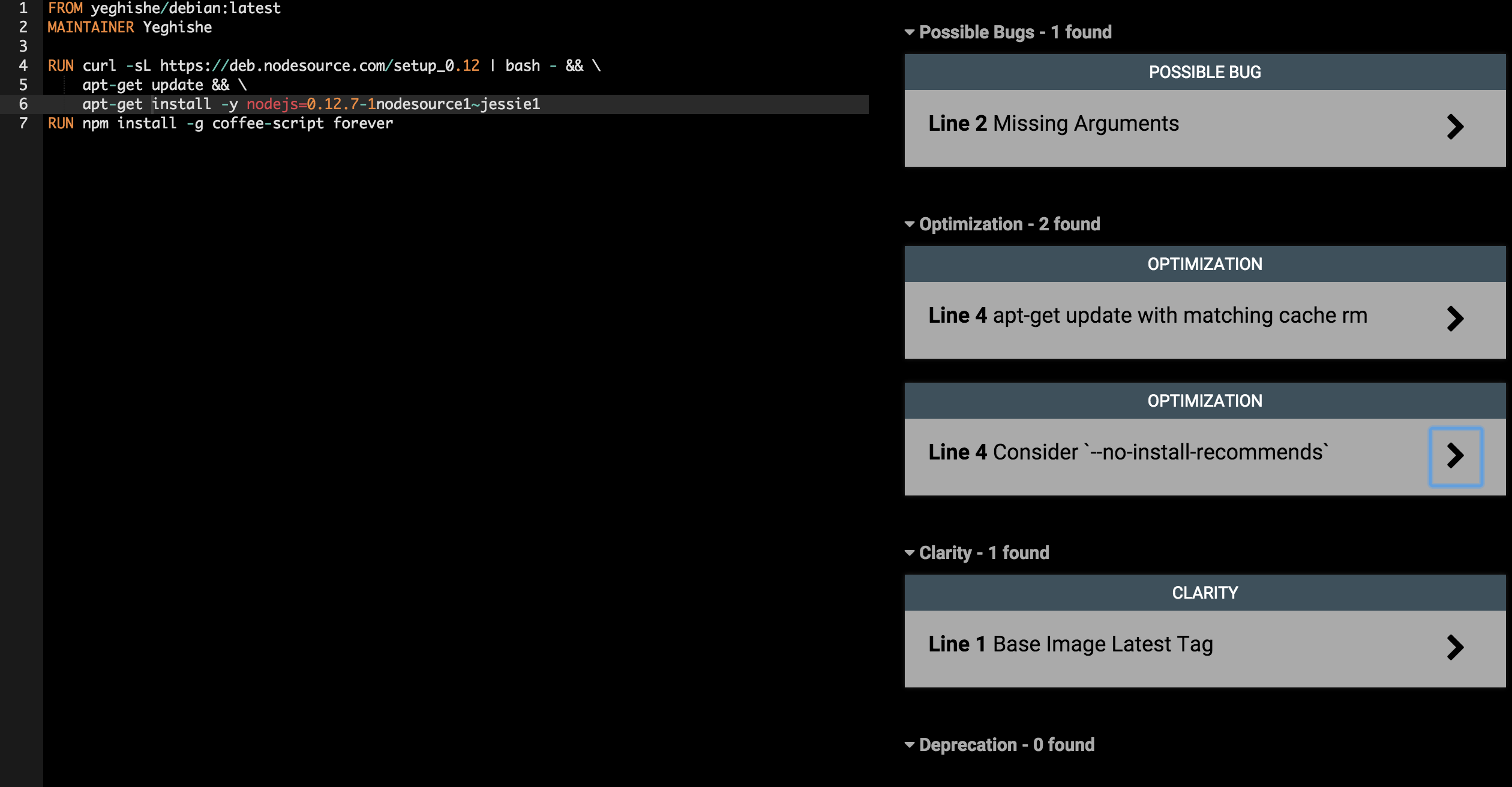 With first error, it points out that I never bothered putting my email address in MAINTAINER directive. A better version would be MAINTAINER Yeghishe Piruzyan ypiruzyan@gmai.com.

Next two are optimizations tricks it suggests, for example, using --no-install-recommends will sure make my image size smaller.

And last one is probably the most important one. Definitely agree that from:latest is a bad practice (I guess that’s where the name of the tool cames from to begin with.)

After applying suggested changes this is what my docker file looks like now.

It’s time to commit those changes to my docker files.

Another reason why I like the idea of having such a tool is the fact that docker is moving so fast. For someone like me, who’s not writing a docker file every day it’s not always easy to be on top of new changes docker introduces. I’m sure if in future docker adds a new directive or changes something about existing ones the tool will be able to tell about those also.